Get a better signal without whiteboarding candidates

Eliminate the time spent on initial screens and focus on the final stage interviews with only the most qualified candidates.

Discover great-fit engineers whose resumes didn’t represent their skillsets. Ensure the right candidate gets the job.

What Woven Can Do

Hiring Preparation
Choose from real-world scenarios that match the role

Assessment Platform (IDE)
From C++ to Swift, we have a scenario for every programming language you care about

Slack Notifications
Punctual notifications so you can keep the process moving

Trusted by Some Rad Engineering Teams

1
Select the work scenario
for your open role
Choose from our selection of real work simulations, so you can understand how a candidate will actually perform when they say, “I’ll take a look, one sec...”

2
Send candidates the asynchronous assessment
Woven assessments take less than 90 minutes. And the practical challenges in a live IDE feel normal to your candidates.

4
You get the results and recommendation
Get detailed scorecards on your candidates’ test results plus Woven's recommendation. You can focus on picking the best-fit for your team knowing they have the skills for the job. 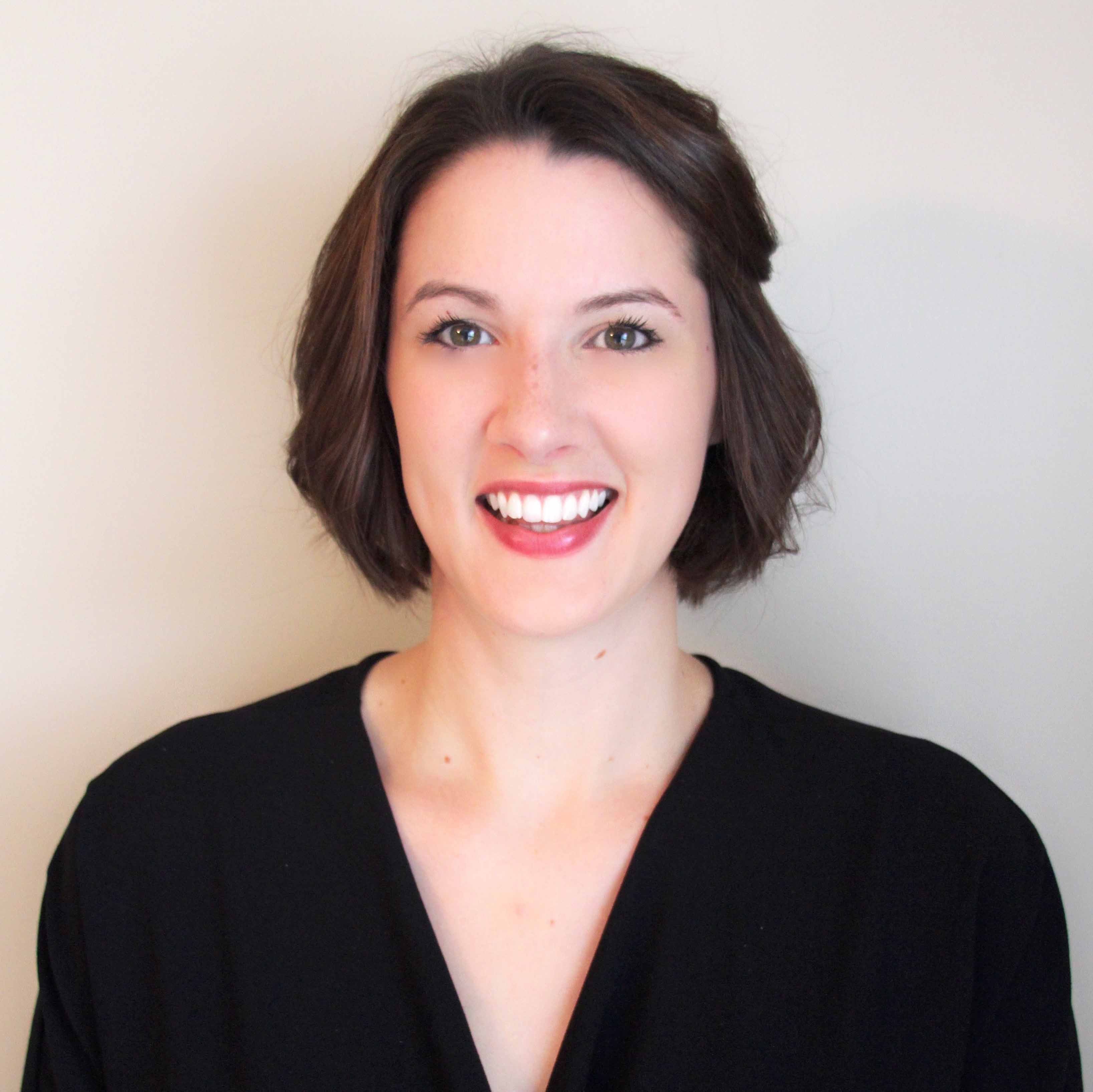 “It's a great product that helped us have confidence in our recruiting, which is so important, especially as a startup. Plus the team was great to work with - very collaborative and willing to offer general recruiting guidance along the way.” 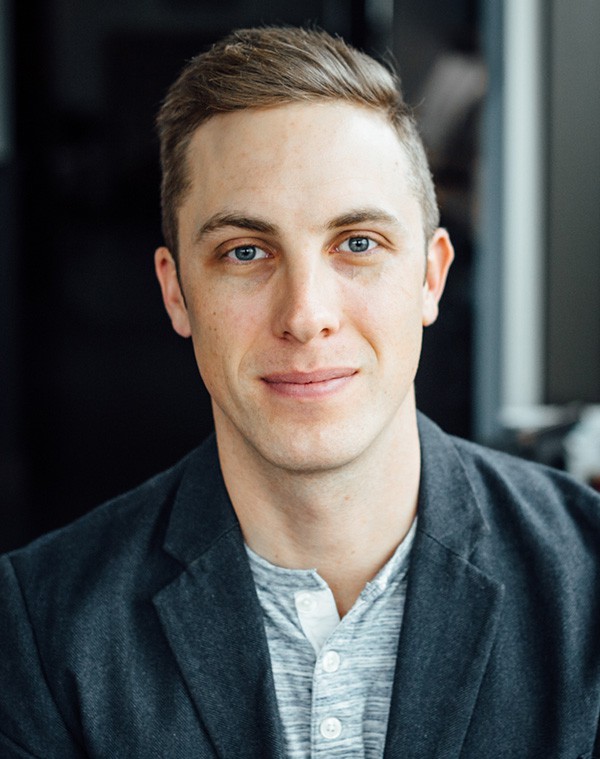 “When it comes to recruiting and hiring decisions, Woven helps me sleep better at night. Knowing that there’s been this extra level of scrutiny.”

“Woven is 100% the best money we’ve ever spent. We wouldn't have the great teammates we have now without Woven.” 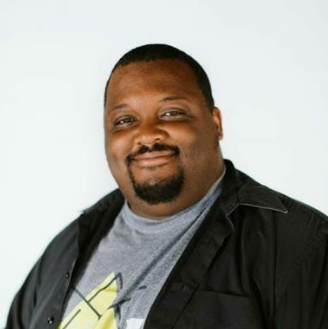 “Without Woven, I would have definitely passed on a candidate I ended up hiring. This was absolutely Woven's value prop being proven out.”

Puzzles show you who can play games.
Woven shows you who can solve problems.
Try Woven Yourself
(no credit card required)

Woven is Your API for
Technical Hiring

You don’t need another system to manage, so we don’t act like one.

Plug-in to your existing
hiring process
Integrate with your ATS to make technical hiring transparent for your recruiters. Woven can even coordinate scheduling.

90%+ completion rate for senior engineers
Asynchronous challenges let candidates participate at night or on the weekends when it's convenient for them.

Puzzles tell you who can play games.
Woven shows you who can solve problems.
Try it Yourself
(no credit card required)

Everything You Need to Know About Hiring Remote Developers

Whether a Millennial or Gen Z in the tech industry, you know about Pixar's success. The studio’s animated feature-length films are loved the world over, and for good reason — all have a fantastic cast, relatable humor, interesting plot lines, and industry-leading graphics. But, what you don't know is that one of their most incredible creations, Toy Story 2, almost never materialized.

All of the work done on the film was nearly lost when one of the animators accidentally deleted their character models. To make matters worse, backups had not been working for almost a month.

The film was saved when technical director Galyn Susman, who had been working from home to take care of her newborn child, revealed she had backups of the assets on her home computer. Phew!

The point of this story is that as your organization's V.P. of engineering, you can learn from this epic save.

Remote developers are 35% – 40% more productive and less distracted by issues such as daily commutes. This, in turn, will save your organization a whopping $600 million annually. If you hire remote developers, you'll save an average of $11K annually per employee.

You'll also save the environment by joining the course to reduce 54 million tons of greenhouse gas emissions, $640 billion worth of oil barrels, and 119 billion miles of highway driving.

And with a happiness index of 75 out of 100, remote engineers are all-around more satisfied than in-office developers.

A FlexJob survey shows that 81% of remote developers would be more loyal to your organization; ergo, attract and retain top-notch talent.

Plus, the best remote software engineer jobs will 'work' for your organization, as 78% of CEOs chose to continue with telecommuting even post-pandemic.

In short: when you hire remote developers, it's a guarantee the cards will be stacked in your organization's favor.

With revolutionary technology such as cloud computing and virtual offices, it's convenient and cost-effective to hire remote developers, minus the worry of geographical barriers. So, if you want to stay ahead of your competition, it's about time you stop thinking about that old office and start thinking about remote software developer jobs.

Do software engineers work from home?

A Digital Ocean study found that 86% of software engineers are working from home. And a Global Workplace Analytics survey confirmed a 159% increase in telecommuting in the last decade.

There is a commonly held belief that software engineers work from home but in secluded environments. Heck, even movies portray programmers as an isolated lot. However, that's not typically the case, as a study confirmed that 73% of remote software engineers were connected via instant messaging or business communication. In comparison, only 65% felt connected thanks to organization-wide meetings and events.

Thanks to technology, the basic requirements for a work from home engineer include a working computer, stable internet connection, and access to your organization's systems. Then, magic happens. Due to the essential roles they play, the remote engineer software engineer salary is decent. A U.S Labor Bureau of Statistics report indicates a software engineer receives a median compensation of $110,140.

Ask any aspiring software developer, and they'll tell you they dream of working for a giant tech company earning lots of cash and advancing their careers. Why wouldn't they, when a company like NASDAQ pays a junior developer $92,466 annually?

More than 490,000 tech companies in the U.S. employ more than 1.4 million software developers, and this number is projected to reach over 1.8 million by 2030.

The dominant companies referred to as The Big Five are GAFAM: Google, Apple, Facebook, Amazon, and Microsoft. These tech giants are any developer’s dream company due to their fast pace and pay up to six figures. For instance, a junior developer at Google receives a whopping $189,000 annually.

However, The Big Five aren't necessarily the best remote software engineering companies. According to Forbes, that title goes to Modern Tribe, Dataiku, Zapier, and PartnerCentric, among others.

Numbers indicate there are lots of software developers in the United States. However, it can be challenging for companies that hire software engineers to find top-notch talent with thorough knowledge of ultra-modern systems and programming languages.

Nevertheless, there is a way. We have developed an industry-dominant online assessment platform that'll ensure you hire remote developers with leading tech skills. With Woven, you'll enjoy a streamlined, unbiased, and flawless recruitment process.

How to hire developers for a startup

If you want to become a unicorn startup, you’ll have to integrate technology from the get-go. There’s a need to hire a team of developers that can cater to your company and your potential clients. Research shows that 90% of startups fail, with 10% falling in the first year, so you'll need those clients, stat!

For your company to deliver results that'll make your clients stay, it's vital to have a team of problem-solving developers willing to put in the extra grease. Your business might lack such a team due to insufficient resources and time to get them. A typical startup company needs 8-12 weeks to build a development team, which is time your clients don't have. Plus, each hire can consume an average of $4,425, which might be unaffordable.

Let’s not forget that even when you get the developers, you'll need a detailed vetting process, which can be challenging and resource-consuming.

Luckily, Woven understands how to hire developers for a startup. With our cost-effective online assessment platform, you'll get your ultimate developer team at record speed, in time to impress (and retain) your clients.

How to hire a development team

The beauty of remote development is that developers can work wherever they are and still deliver the desired results.

If you are wondering how to build a development team, there are various job platforms that can help you find software developers, including:

This famous platform contains a vast pool of reliable talent. To hire remote developers, enter a search query with your specific criteria, and voila! Multiple results for you to choose from. Many organizations favor Upwork due to its efficiency and mediation between you and the developer, including processing all payments, which protects both parties.

This is a reliable platform where you can hire software developers. In fact, TopTal specializes in software engineers; the platform boasts screening all available freelancers to produce the top 3% for your review and interview. You'll enjoy a risk-free trial version that you can pay after your project is completed successfully.

Named one of America's Best Startup Employers 2021 by Forbes, Turing has an intelligent cloud that sources, vets, matches, and manages remote developers. The platform vets more than 100 skills for over five hours to hire the top 1%. The platform also guarantees a Silicon Valley-grade development team in 3 days with a risk-free, two-week trial.

The go-to platform to hire a web developer and save 70% of your budget is Hire Tech Team. Once you identify your remote developer, the platform's instant onboarding resources allow for immediate deployment. Hire Tech Team also mediates between you and the developer for security reasons, and signing up is easy and transparent.

How to build a development team

To ensure success, you need to build a development team that’s connected to and in harmony with your organization's key objectives and projects. Moreso, since 78% of software developers feel disharmonious with their organization's projects, which can spell doom for those deliverables.

Holding the traditional technical interviews that take hours to days might result in the wrong hires, making a dire situation even worse. You simply cannot mess around with building a development team and jeopardize the success of your projects.

That’s where Woven comes in.

Our online technical assessment platform is the perfect solution for how to build a development team. Our network of certified Woven engineers double-blind score each candidate, which allows busy teams to evaluate 10x more candidates using 50% less engineering time. As a result, hiring managers make offers faster based on empirical data, giving you a recruiting advantage in this candidate-driven market. And hires made with Woven are ⅔ less likely to leave in their first 120 days compared to industry averages.

How to organize software development team

It's hard to ignore the important roles played by remote developers. No wonder tech companies are willing to pay big bucks for top talent. For your organization's projects and objectives to succeed, you should learn how to organize software developer teams.

The right team can make or break your organization. While there are numerous ways to hire developers, Woven is the only technical interview experience that’s worthy of experienced developers.

We have built our platform as the ultimate engineer evaluation engine. Our superlative platform assesses various roles, from entry-level remote software developer jobs to mid/senior engineers.

We've eliminated the need for a traditional (and tedious) recruitment process. Better still, our platform ensures that you can hire a software development team with ease. Our clients experience: